What is life? We know that physics and chemistry on Earth are common in the space. However, we do not know whether biology is also common beyond Earth.
By searching for life in the space, we will be able to obtain a clearer view of definition of life.

We have no consensus on definition of life.
Generally, life is a being that 1) separate itself from outer world 2) reproduces itself, and 3) maintains itself.

What Makes the Planet Habitable

Liquid water, organic compounds, and energy are essential for the habitability.
There are two types of habitable worlds in the space. One is a planetary body that has liquid-water oceans on the surface, such as Earth. Solar light reaches to the surface and can be energy for life. Another is a planetary body that possesses a liquid subsurface ocean, such as Europa. Tidal heating owing to Jupiter’s strong gravity heats the interior to maintain liquid water.

The "circumstellar habitable zone" is sometimes used as the range of distance from a central star, where liquid water can exist on the surface. The "habitable zone around a gas giant" is the range of distance from a central gas giant, where tidal heating can form liquid water in the interior.
Jupiter has played an important role to determine Earth’s orbit. The JUICE mission will explore the subsurface oceans on Europa and possibly on Ganymede.

The largest four moons of Jupiter are called as Galilean satellites. Some of them may be habitable because of the presence of subsurface oceans.

Europa is mostly made of rocks with several percent of ice and water. Europa is considered to harbor a subsurface liquid ocean. Tidal and radiogenic heating keep the interior warm sufficient to possess liquid water. Oceanic water may erupt from the surface as plumes.

How deep is the ocean? Is it’s environment similar to Earth's oceans? Is Europa habitable? 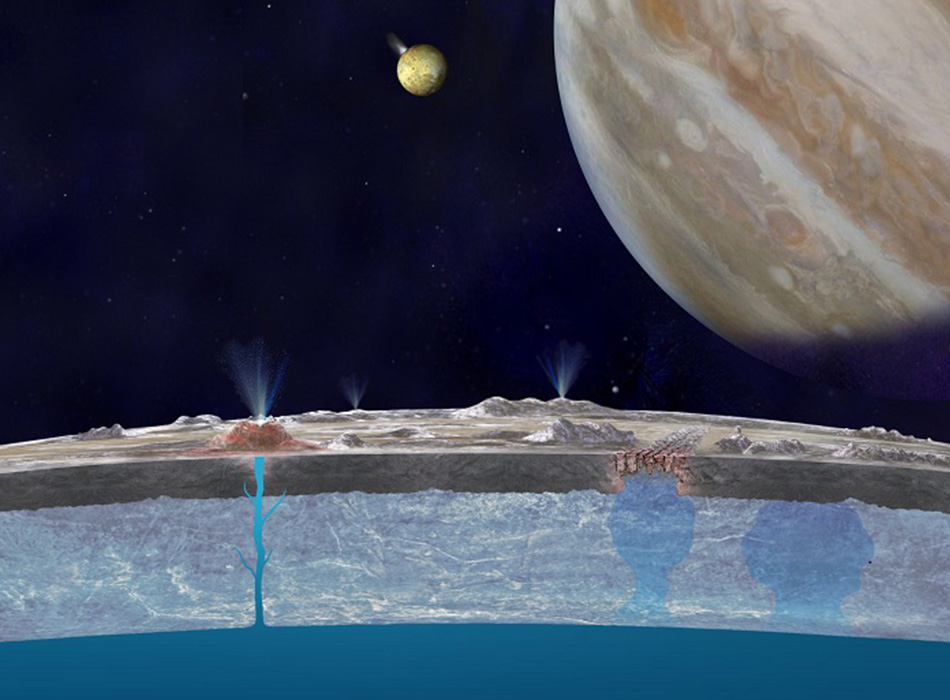 Ganymede may have a subsurface ocean, but its composition, size, and current geological activity are largely unknown. Ganymede is the only moon that has magnetic field. This means that this tiny moon has melting iron core. 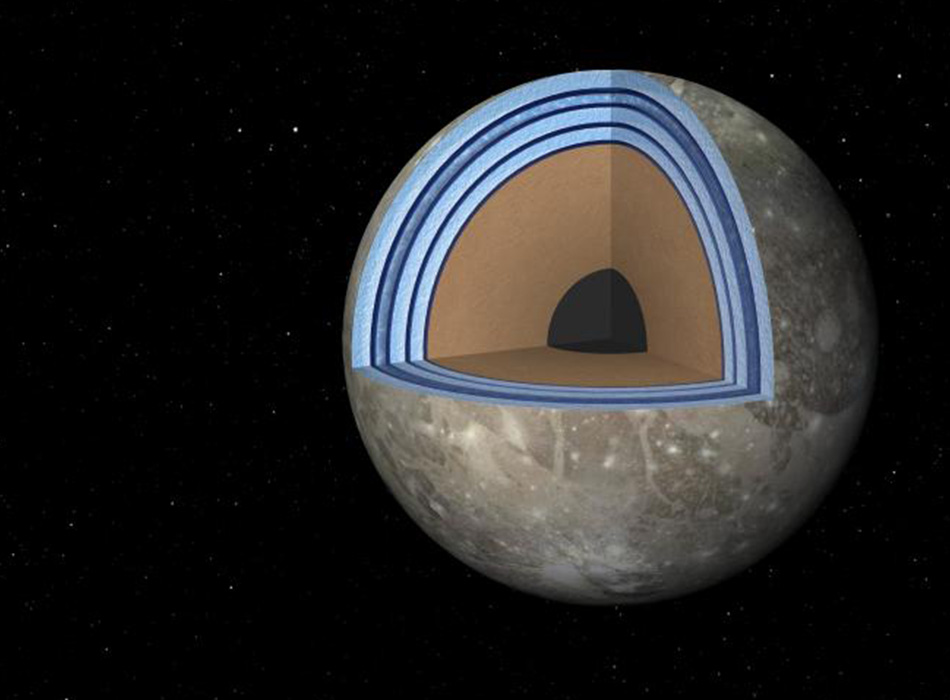 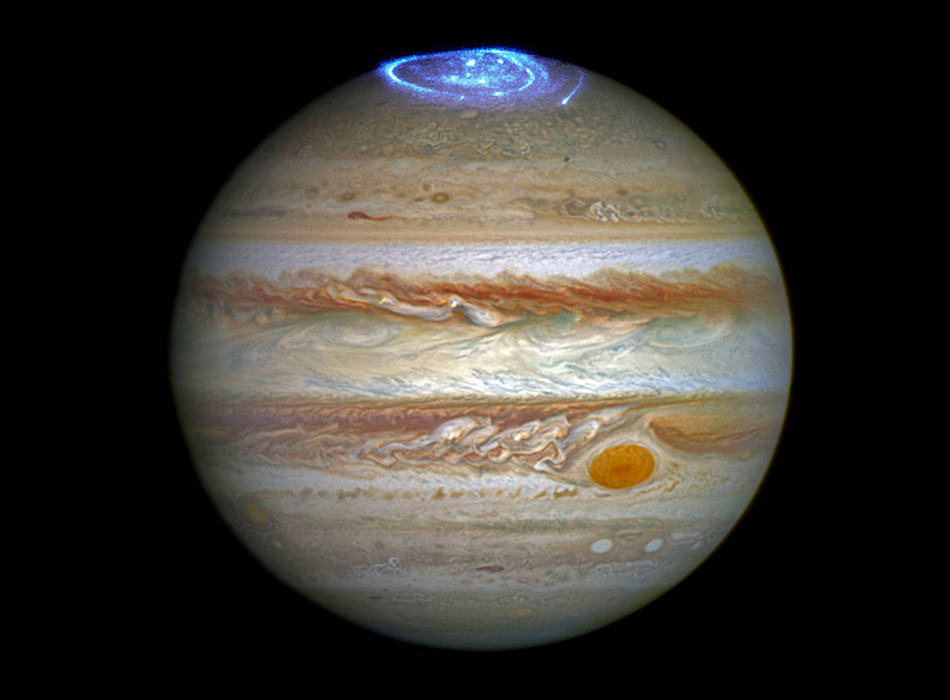 Jupiter is a dynamic planet. Jupiter’s magnetic field rotates at a high velocity. The magnetic field of Jupiter accelerates surrounding plasma from the Sun and causes large-scale aurora. The JUICE mission aims to clarify the dynamics and physical mechanisms of the dynamic phenomena. 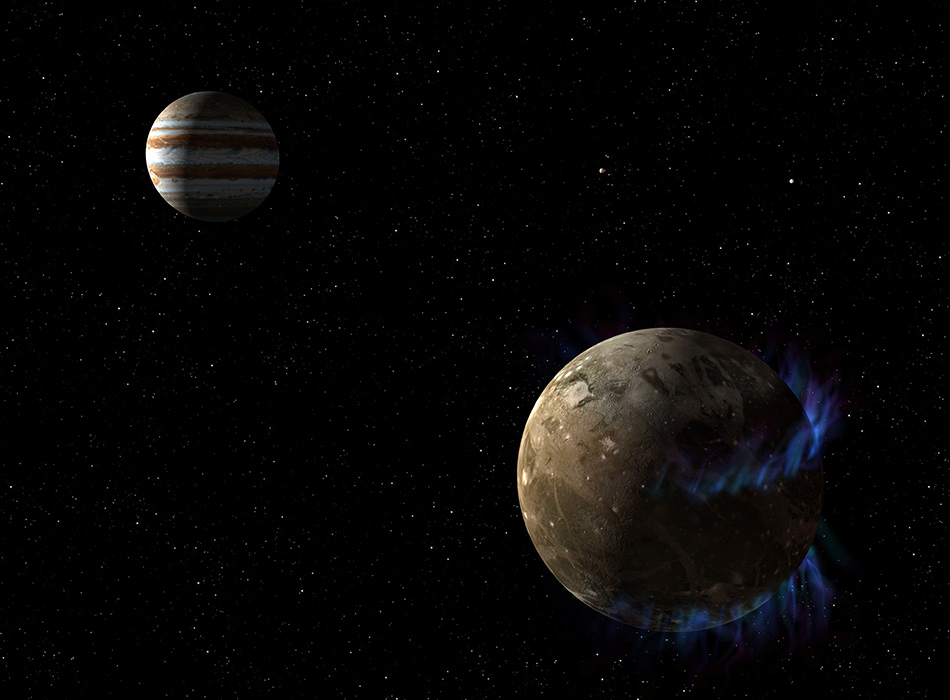