JUpiter Icy moons Explorer, is an international spacecraft exploration to the Jovian system, led by ESA (European Space Agency) in collaboration with Japan and the United States.

The spacecraft will be launched in 2023 and will arrive at the Jovian system in 2031. In 2034, it will enter orbit around Ganymede. The JUICE mission is our "great journey" to the outer Solar system.

To Solve the Mystery on the Origin of Our Solar System

How did our Solar System form? Where did Earth's atmosphere and water come from? Jupiter may be a key to solve these questions. Jupiter is 300 times heavier than Earth and is the largest gas giant in the Solar System. Owing to Jupiter's strong gravity, the structure of our Solar System has been determined in the early Solar System.

When and how did Jupiter form? Since Jupiter has a dense atmosphere, direct observations of Jupiter’s building materials are difficult. However, its moons are thought to have formed from the same building materials. JUICE will investigate the chemistry of a geologically non-active, Jovian icy moon, Callisto, which is a “fossil” to reveal the origin of the Jovian system.

Jovian icy satellites look like snowballs in the space, but their interiors can be heated by Jupiter’s strong gravity and radioactive elements within the rocky cores. Some of the geologically-active icy moons would possess liquid subsurface oceans. Does Europa or Ganymede have subsurface oceans? Is the oceanic chemistry similar to that of Earth? The JUICE mission will address these questions concerning the habitability of the icy moons.

The Most Powerful Accelerator in the Solar System

Jupiter is a dynamic planet. Jupiter’s magnetic field rotates at a high velocity. The magnetic field of Jupiter accelerates surrounding plasma from the Sun and causes large-scale aurora. The JUICE mission aims to clarify the dynamics and physical mechanisms of the dynamic phenomena.

The largest planet in the Solar System. Jupiter is 300 times heavier than Earth. Owing to its strong gravity, Jupiter has determined the structure of the Solar System in the early stages. JUICE will explore the atmospheric composition, dynamics, magnetic field, and plasma environments.

The innermost Jovian moon, mostly made of rocks. Due to tidal heating caused by the Jupiter’s gravity, Io becomes the most geologically active object in the Solar System. Any flyby is not planned in the JUICE mission, but the spacecraft will observe Io’s geological and plasma activities while orbiting around Jupiter.

The geologically-active icy moon that possesses a liquid subsurface ocean, which is covered by the icy crust. Europa may possess habitable hydrothermal systems, similar to those of Earth's ocean, on the seafloor. JUICE will perform flybys to Europa to examine its subsurface ocean and geological activities.

The Jupiter’s largest moon. Ganymede is the only moon that has magnetic field in the Solar System. Ganymede may also have an liquid subsurface ocean. This moon may have been geologically active in 2 billion years ago, but the current geological activity is largely unknown. Ganymede is the JUICE's main research target. The spacecraft will examine its subsurface ocean, chemistry, geological activities, and magnetic field from orbit around Ganymede.

The outermost Jovian moon. Calisto may be undifferentiated. This means that building materials of the Jovian system would be preserved in Callisto. Through more than 30 flybys to Callisto, JUICE will investigate the chemistry and geology of this icy moon.

JUICE spacecraft needs to endure in Jupiter's harsh radiation environments during the mission time. Its solar panels will create electric power even under weak sunlight at around Jupiter’s orbit. 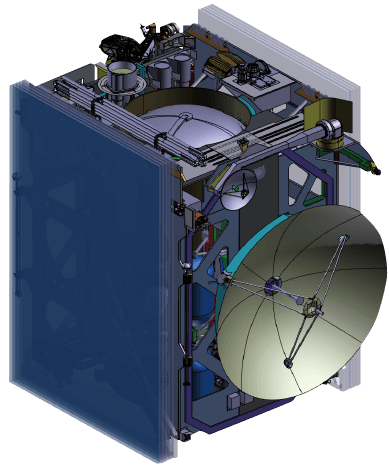 The JUICE spacecraft will be launched in 2023 with Ariane 5 rocket. The spacecraft will arrive at the Jovian system in 2031 and will enter Ganymede’s orbit in 2034. The nominal mission will be completed in June 2033. 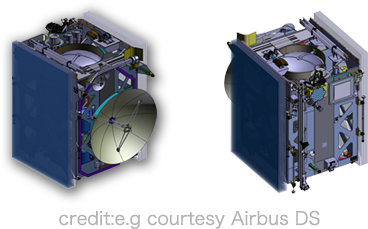 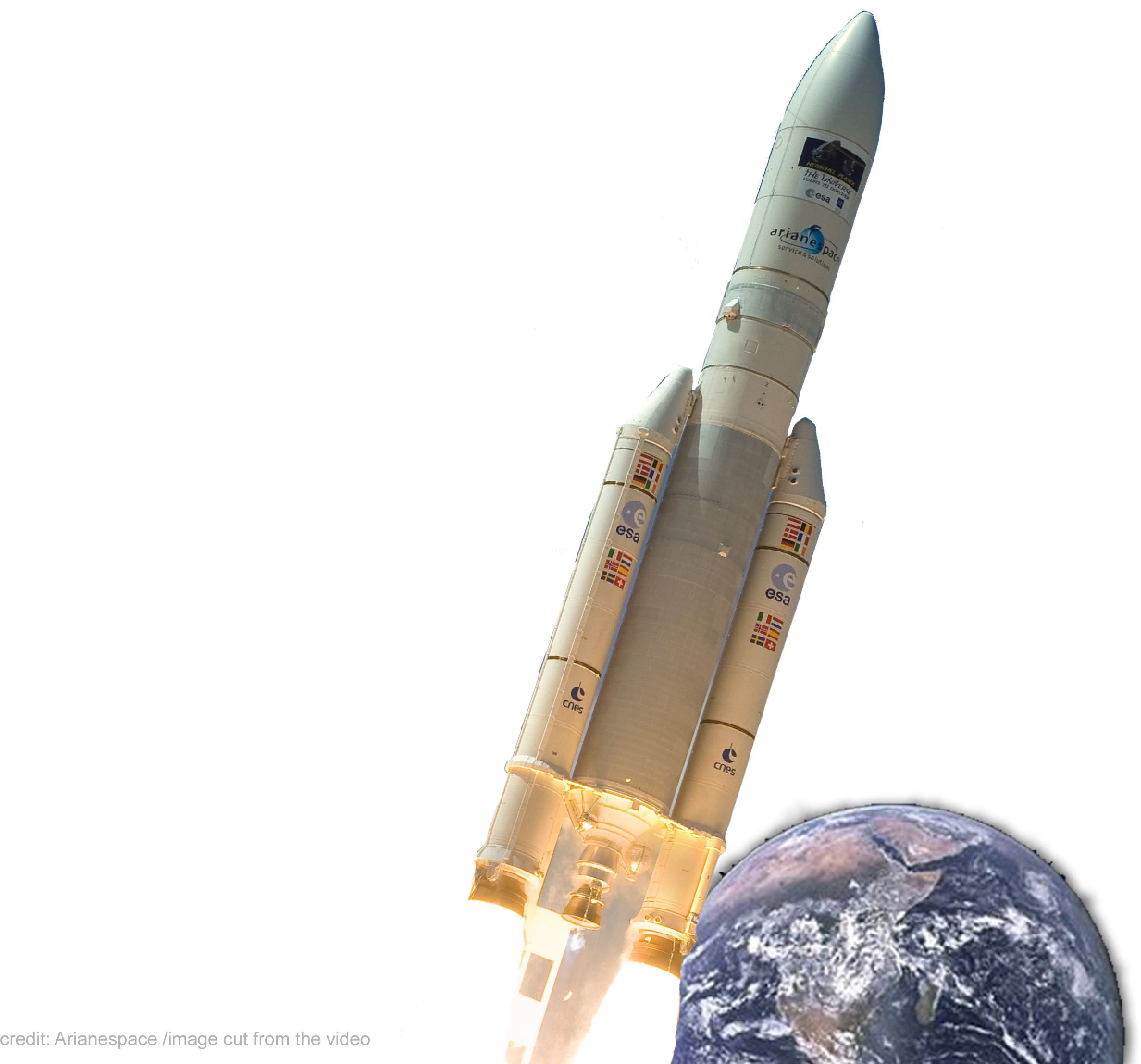 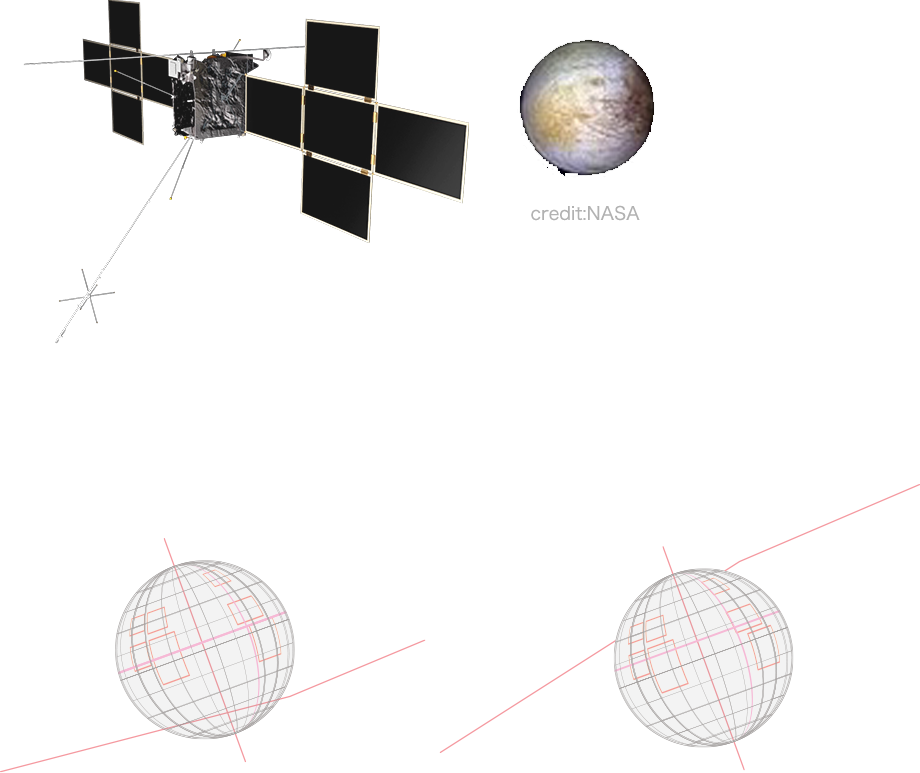 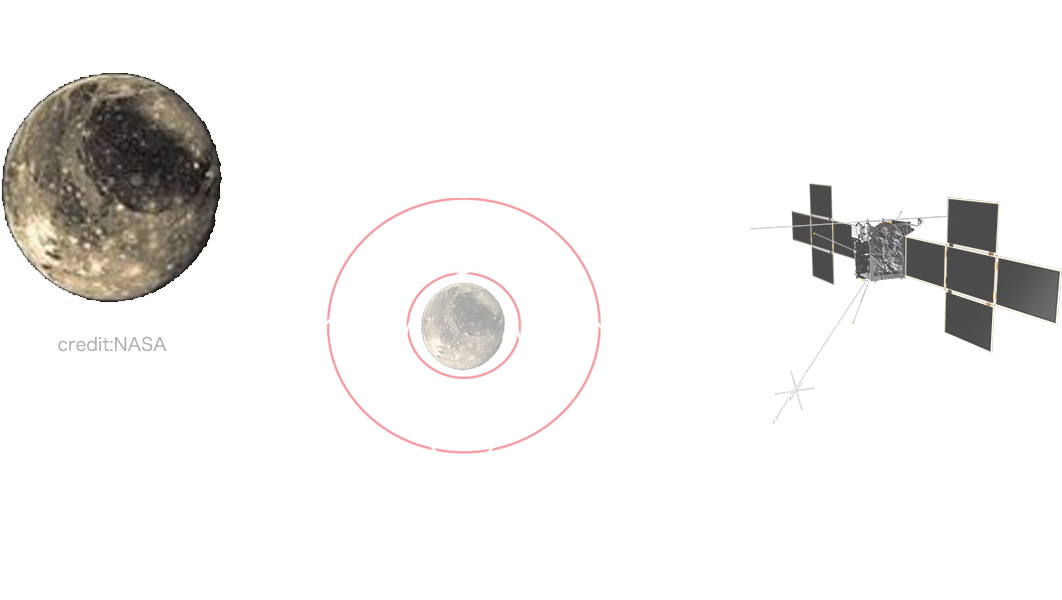 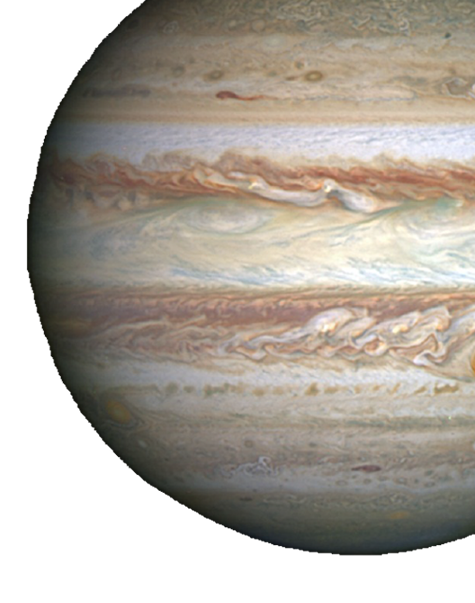 JUICE-JAPAN aims to investigate the formation and evolution of the Solar System and habitable worlds. The research group is interdisciplinary, including researchers who develop science instruments, planetary scientists who study planetary formation theory, astronomers who perform telescope observations, space physicists who study plasma and magnetic fields, geochemists who examine water-rock interactions. The targets of the research group is not only the JUICE mission but also future missions to the Solar System bodies. JUICE-JAPAN consists of more than 110 researchers at 31 universities and research facilities including JAXA.